In order to use something other than the built-in stick font in AutoXChange 2023, you have to have the proper font file on the system. There are two types of font files used in AutoCAD drawings: SHX and TTF. SHX stands for “AutoCAD Compiled Shape File”, “compiled” because they take AutoCAD Shape Files (.SHP), run them through a processor and produce a SHX file. SHX files have been around for over 30 years and were the only AutoCAD fonts for many years. They have lost some of their importance with the advent of TrueType Fonts (TTF) which are a font definition originally created by Apple for use on Macintosh but is also the predominate font file system on Windows and Linux.

TTF files on Windows are installed so they are part of the operating system. A TrueType Font file just sitting on the system, even in the Windows Font directory, without being installed properly will not function. The installation process modifies the System Registry to let Windows know about the new font. 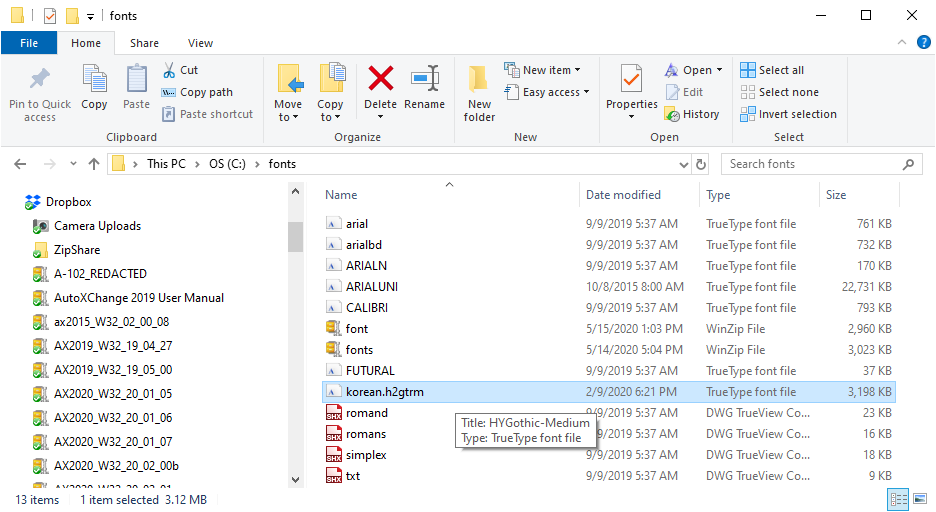 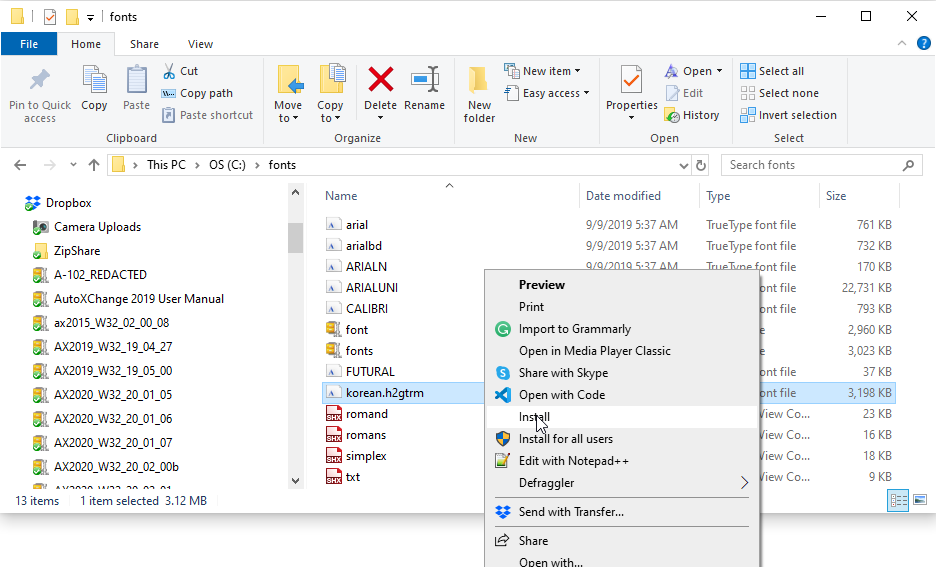